Recent studies have suggested that dark chocolate contains many benefits for your health.  Drinking two cups of hot chocolate a day may help older people keep their brains healthy and their thinking skills sharp, according to a study published in the August 7, 2013, online issue of Neurology®, the medical journal of the American Academy of Neurology. This study improved some of the participants working memory performance giving us a hope that ways may be found to contain the difficulties dementia and other mental diminishing conditions that inflict the human race.

Medical journal of the American Academy of Neurology.

Medicinal properties of Cocoa may help the blood supply into the brain resulting in an increase of the mental process in the brain, thus improving a persons mental cognition.

Chocolate, comes from the cocoa bean, which grows on trees after all, is a plant-based food. The cocoa bean grows on trees, and it’s a powerful source of nutrients called flavanols, a type of antioxidant that helps protect plants from environmental toxins and can help heal damaged human cells. Of course, cocoa beans undergo processing when they get turned into chocolate. But certain types of dark chocolate retain many of their nutrients even after processing, and they’re believed to be the healthiest.

Ancient Aztec and Mayan cultures highly valued cocao and chocolate and consumed it in beverage form. They used cocoa for religious ceremonies and even for trading, money.  According to the food historians, the Ancient Aztecs used many substances to flavor their chocolate drink.The idea of using chocolate as a flavoring in cook food would have been horrifying to the Aztecs. In fact drinking chocolate without adding flavorings, spices and other additions was almost unheard of. One of the most popular additions was powdered chilli (Capsicum annum). Maize was sometimes added as filler, flowers were popular flavorings. There were several, including chili, which has its own unique taste, personal opinion.

I know from research and other readings, that dark chocolate >70% cocoa content has a benefit to your health. 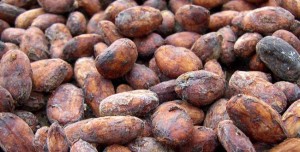 Cocoa is loaded with agents that augment the production of various feel-good chemicals in the brain, notably serotonin and dopamine. Cocoa contains antidepressant and mood-elevating properties.  Cocoa is a Trojan horse, carrying into the body scores of natural compounds, some ordinary and some exotic, which work busily to modify mood in subtle yet undeniable ways.

And hey, we can enjoy the taste as a side benefit, especially for those with a sweet tooth. From personal experience, a person can only consume a limited amount of dark chocolate, the higher cocoa content is bitter in its taste, so your taste buds naturally shy away from consuming too much, which is better for the waste line.